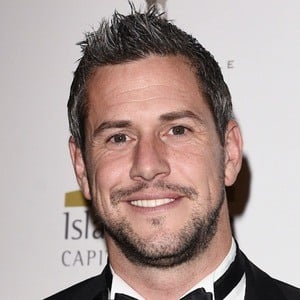 Television presenter and automotive specialist best known for having co-hosted the English Channel 4 show For the Love of Cars. He began serving as the host of Wheeler Dealers in 2017.

He lived in Ely Cambridgeshire until the age of 10, at which point he moved to Hertfordshire. He played soccer semi-professionally for 15 years.

He was a member of the Tactical Firearms Team in Welwyn Garden City and one of the youngest armed officers in the U.K.'s history.

He was married to a woman named Louise, with whom he has two children, from 2005 to 2017. He married real estate investor and HGTV personality Christina El Moussa in 2018. He has been romantically linked to actress Renée Zellweger.

He took over for Edd China as the host of Wheeler Dealers.

Ant Anstead Is A Member Of