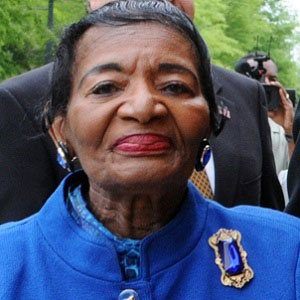 She was born in Atlanta, Georgia. She later graduated from both Spelman College and Columbia University.

She actively participated in such organizations as the National Association for the Advancement of Colored People (NAACP), the International Reading Association, and the Southern Christian Leadership Conference.

Her 1960 marriage to Isaac Newton Farris, Sr. produced two children. She suffered many family tragedies: not only was her brother, Martin Luther King Jr., assassinated, but her mother was also murdered, and her other brother drowned.

She attended the 2006 funeral of her sister-in-law, Coretta Scott King.

Christine King Farris Is A Member Of