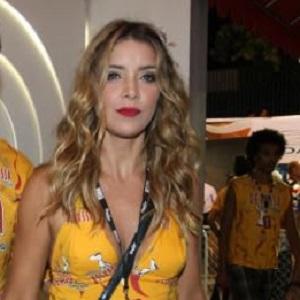 Though she is perhaps best known for her role in the Brazilian soap opera Historia de Amor, this American-born actress appeared in several other telenovelas, including Essas Mulheres and Paginas da Vida.

During her teenage years, she played volleyball and pursued a career as a fashion model.

She and Juliana Paes both appeared in a telenovela titled A Favorita.

Christine Fernandes Is A Member Of