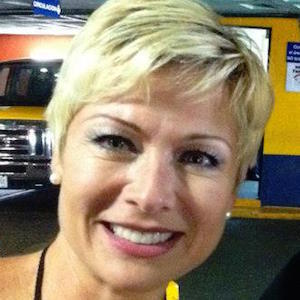 Telenovela star best known for playing the title role in the 1997 international hit Esmerelda, she has become a regular face in soap operas like A que no me dejas, In the Name of Love, and Valiant Love.

She earned her first acting credit at the age of fourteen in the Mexican drama Amalia Batista alongside Susana Dosamantes.

She has won numerous awards for Best Actress and Best Female Antagonist for her roles in In the Name of Love and Valiant Love.

She was born to Mario Calderón and Carmen Leon in Mexico City. She has three brothers: Mario, Miguel and Alejandro. Between 2000 and 2008, she withdrew from acting to dedicate time to her sons Carlos and Luciano.

She starred alongside Laura Flores and Altair Jarabo in the 2008 telenovela In the Name of Love.

Leticia Calderón Is A Member Of