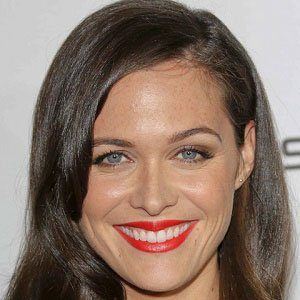 Perhaps most famous for her role as Janis Hawk on the ABC science fiction series FlashForward, Woods is also notable for her guest roles on The Closer, How I Met Your Mother, Cold Case, and The Walking Dead.

Before beginning her acting career, she received musical theater training at the University of Arizona. She made her television debut in a 2005 episode of CSI: Miami.

She appeared in several made-for-TV movies, including The Madness of Jane and Mike Birbiglia's Secret Public Journal.

She grew up in Lake Forest, California, in a family of Irish heritage.

She and Stephen Merchant co-starred in the short-lived HBO series Hello Ladies.

Christine Woods Is A Member Of