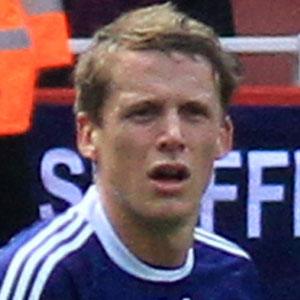 Center back who made his senior career debut in 2003 for Heart of Midlothian, and joined Scotland's national team in 2008.

He came up through Heart of Midlothian's youth system, and played for Scotland's U21 team.

As a member of the Wolverhampton Wanderers he won the Championship in 2008-09, helping the team move into the Premier League.

In 2007 he became Heart of Midlothian's captain, succeeding Craig Gordon.

Christophe Berra Is A Member Of