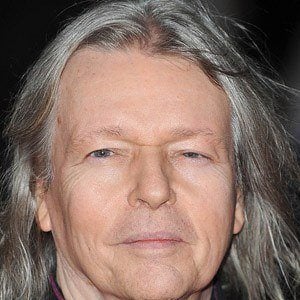 He studied German and French at the New College, Oxford.

He won an Academy Award in 1989 for writing the Dangerous Liaisons screenplay.

He wrote A Dangerous Mind from 2011, which starred Viggo Mortensen .

Christopher Hampton Is A Member Of