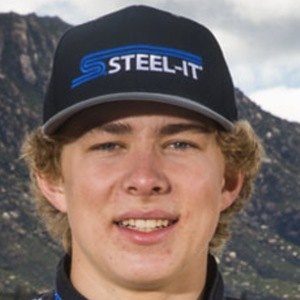 Professional off-road racer and mountain bike competitor who had two first place finishes in the LOOR Pro Lite Class Series in 2018. He was the LOOR Challenge Cup winner and Crandon World Cup Champion in 2016.

He graduated from Western Center Academy High School with a 4.5 GPA.

He was named the Lucas Oil Off-Road Modified Kart Rookie of the Year in 2014.

He posted an Instagram photo with his father in September 2018.

He earned his celebrity status as a champion off-road racer like Rob MacCachren.

Christopher Polvoorde Is A Member Of