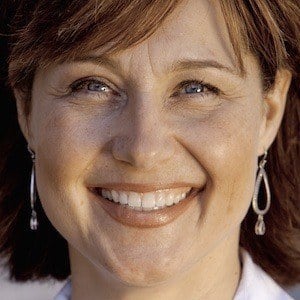 Canadian politician who became the 35th Premier of British Columbia, Canada in 2011. She was also the host of The Christy Clark Show, a morning radio show, from 2007 to 2010.

Despite never graduating with a degree she attended Simon Fraser University, the Sorbonne in France, and the University of Edinburgh in Scotland.

She became the second woman to hold the position of Premier of British Columbia after serving as a Member of the Legislature from 1996 to 2005.

She had one child with her ex-husband Mark Marissen.

She is a prominent female Canadian politician much like Belinda Stonarch.

Christy Clark Is A Member Of