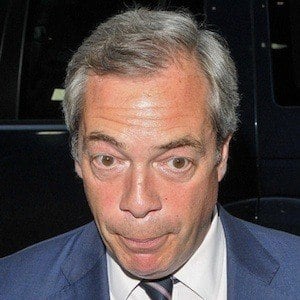 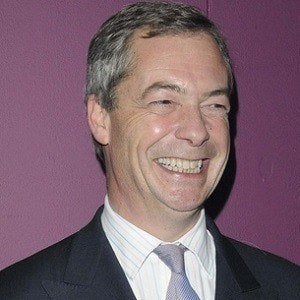 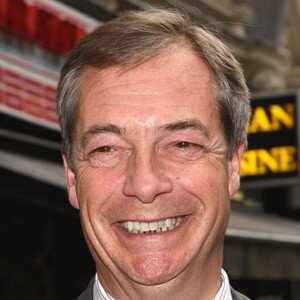 Former UKIP leader, and a top rated right-winger in a poll by The Daily Telegraph who began leading the UK Independence Party in 2010. He was known for his impassioned speeches in European Parliament which often became very contentious. In 2016, he was very instrumental in getting the UK to announce it would be withdrawing from the European Union.

He was accused of racism while attending Dulwich College in 1981 and he has refused to stand during an ovation for Prince Charles.

He has been married twice; first to Gráinne Hayes in 1988, and then to Kirsten Mehr in 1999, and has four children.

Nigel Farage Is A Member Of