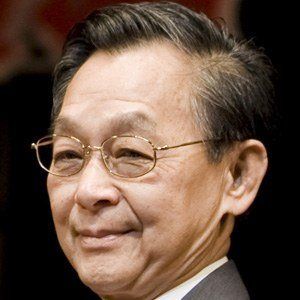 Politician who was the Prime Minister of Thailand from 1992 to 1995 and then again from 1997 to 2001. While in office he notable extended Thailand's social security system.

He went to school in Bangkok for 6 years before studying law at Thammasat University.

He was Parliament Speaker in 1987 and was elected Prime Minister in 1992 after the abortive coup by General Suchinda Kraprayoon, thus becoming Thailand's first prime minister to come to power without aristocratic or military backing.

His parents were half Chinese and his father worked as a teacher.

Chuan Leekpai Is A Member Of