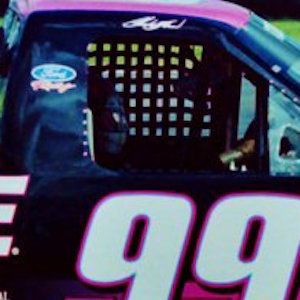 Former NASCAR champion who won the Nationwide Series 11 times. He was named NASCAR WInston West Series Most Popular Driver in 1977.

He made his NASCAR debut at age 17, driving his father's Plymouth.

Carl Edwards is another renowned NASCAR driver, and also won the Busch Series.

Chuck Bown Is A Member Of