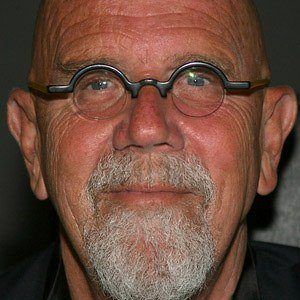 American artist and photographer who became known for his large-scale photorealism portraits. He earned the National Medal of Arts in 2000.

He earned a scholarship to the Yale Summer School of Music and Art at age twenty-two.

His work was featured in the 1993 film Six Degrees of Separation.

He separated from his wife Leslie Rose in 2011.

He was inspired by one of Jackson Pollock 's pieces as a child.

Chuck Close Is A Member Of