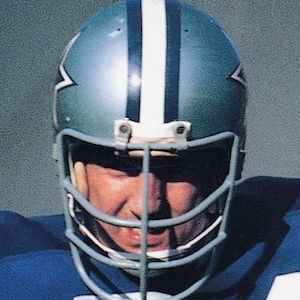 Former six-time All-Pro linebacker who played 15 years in the NFL with the Chicago Bears and Dallas Cowboys and was named MVP of Super Bowl V.

He attended Warwood High School in West Virginia where he played baseball, basketball, and football.

His NFL career started with the Chicago Bears, where he suffered what appeared to be a career-ending knee injury, but he managed a comeback, and his career flourished with the Dallas Cowboys.

He retired from football at age 37 to spend more time with his family.

He played for head coach Tom Landry on the Dallas Cowboys.

Chuck Howley Is A Member Of