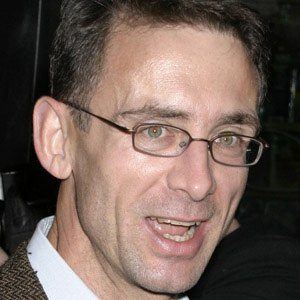 Author who wrote the acclaimed novels, Fight Club and Choke, which were later adapted into feature films. His numerous literary honors include the Oregon Book Award and the Bram Stoker Award.

He studied journalism at the University of Oregon and worked as an intern for NPR. After failing to find high-paying writing jobs, he worked as a truck mechanic in Oregon.

His novel, Choke, was the first of his works to appear on the New York Times bestseller list.

His father, Fred Palahniuk, dated a woman named Donna Fontaine and was tragically murdered by her ex-boyfriend. In his novel, Lullaby, Chuck Palahniuk grapples with his emotions following his father's death and the death penalty trial of his father's murderer.

His work, Choke, was adapted into a 2008 film starring Sam Rockwell.

Chuck Palahniuk Is A Member Of