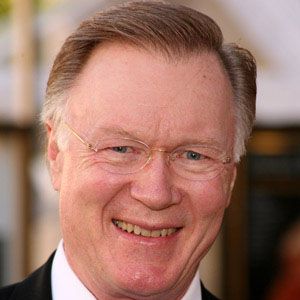 He grew up in Pittsburgh, Pennsylvania and attended the University of Southern Mississippi before beginning his television career as a reporter for several Mississippi and Georgia news programs.

He was the recipient of over thirty Emmy Awards and was inducted in 2005 into the Hall of Fame of the New York State Broadcasters Association.

He was married twice-- to Anne Ford and, later, to Ellen Ward Scarborough-- and he fathered a son and a daughter.

He and Maria Shriver were co-anchors of Yesterday, Today and Tomorrow, an NBC documentary series.

Chuck Scarborough Is A Member Of