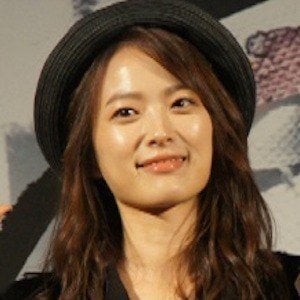 South Korean actress known for her role as Sang-mi in the movie Sunny as well as for portraying the lead role in Han Gong-ju. She also appeared in all 79 episodes of the show Vampire Idol.

She first appeared onscreen with a role in the 2004 movie Love, So Divine, but she wouldn't appear in another movie for three more years after. She studied theater at Kyonggi University.

Her performance in Han Gong-ju won her an award for Best Actress at the Blue Dragon Film Awards in 2014. She won a total of 10 awards from various organizations for the movie.

She grew up in the South Korean capital of Seoul.

She appeared with Lee Joon in the 2015 film The Piper.

Chun Woo-Hee Is A Member Of