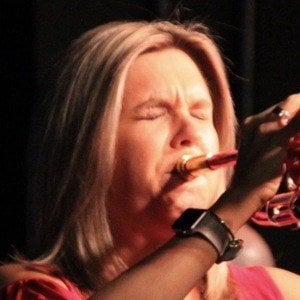 Known for her work on both the flugelhorn and the jazz trumpet, Bradley is perhaps most famous for performing live on a hot pink-colored "flumpet" (a hybrid version of the two instruments). Her albums include Bloom and Bliss (released in 2009 and 2014, respectively).

She studied jazz at Ithaca College and trumpet at the New England Conservatory. She released her first jazz album, Just A Little Bit, in 2007.

She was born and raised in North Tonawanda, New York.

She was greatly influenced by the work of fellow jazz trumpeter Freddie Hubbard.

Cindy Bradley Is A Member Of