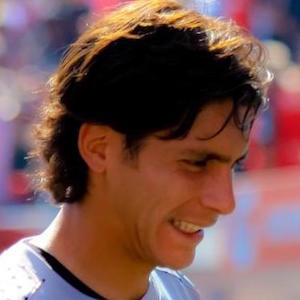 Mexican international goalkeeper known for his play with various teams in the Liga MX, including Sinaloa, Tigres UANL, and Tijuana.

He made his professional debut with Leon in 2001. He played with them until 2004, when he joined Sinaloa.

He first joined the Mexican national team in 2013, but also qualifies for the US team through his mother.

He was born to Clemente Saucedo and Belinda Najera. He married Susana Ascencio.

He was involved in a trade for Sebastian Gonzalez in 2007.

Cirilo Saucedo Is A Member Of