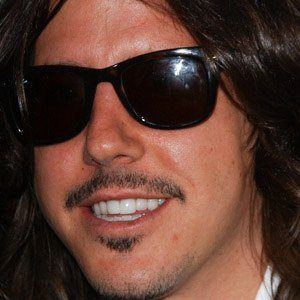 American singer and frontman of the funk rock band Whitestarr, the band that released albums like Luv Machine and Fillith Tillith.

He helped found the band Whitestarr at the age of twenty-two.

He worked with rapper Shwayze on songs such as "Buzzin'" and "Corona and Lime."

He and his wife Barbara Stoyanoff have one child together. He has a dog named Stosh.

Cisco Adler Is A Member Of