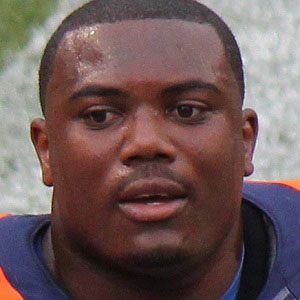 Running back who began his NFL career as a member of the Denver Broncos in 2013. He signed with the team after going undrafted out of the University of California and won an AFC title with the Broncos in his rookie season. He then helped the Broncos capture Super Bowl 50 in 2016.

He was named the Times Herald Athlete of the Year as a high school player. He was named to his first Pro Bowl in 2014.

His full name is Cortrelle Javon Anderson. His parents are Neva and Barbara Gaddies.

He became teammates with fellow running back Montee Ball on the Broncos in 2013.

CJ Anderson Is A Member Of