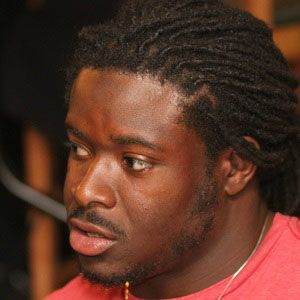 NFL running back who was drafted by the Green Bay Packers in 2013 after winning three BCS National Championships with University of Alabama. He rushed for 1,178 yards and 11 touchdowns during his first year in the NFL. In 2017, he signed with the Seattle Seahawks.

When he got to Alabama, he started as a backup to future NFL running backs Mark Ingram and Trent Richardson.

He was the offensive MVP in the 2013 BCS National Championship Game, as his team dominated University of Notre Dame 42-14.

He was born in Gretna, Louisiana to Wanda and Eddie Lacy, Sr. He has a brother named Donovan and a sister named Brittany.

He played for coach Nick Saban at Alabama.

Eddie Lacy Is A Member Of