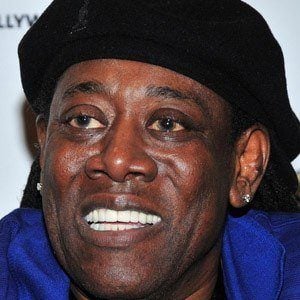 American rock and R&B performer known for his smooth saxophone playing with the E Street Band for more than thirty years.

He started playing the saxophone at the age of nine. Later, he attended Maryland State College and played football, during which a car accident prevented him from trying out for the Dallas Cowboys.

He has appeared on more than fifty albums with artists including Bruce Springsteen, Lady Gaga, and Aretha Franklin.

He married five times throughout his life. His last marriage was to Victoria Clemons from 2008 until 2011.

He was a long-time member of Bruce Springsteen's E Street Band, as well as one of his close friends.

Clarence Clemons Is A Member Of