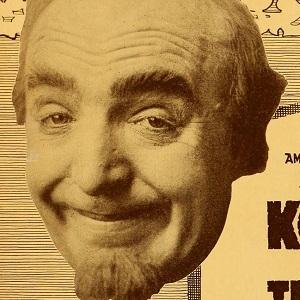 American actor who had well known roles as the corrupt mayor in the 1940 film His Girl Friday and as the father in the Academy Award nominated film Merrily We Live.

He first became an entertainer doing vaudeville as part of the comedy duo Kolb and Dill. They also did some short and feature films together.

He played the role of Mr. Honeywell on the television series My Little Margie.

He was married to Mabel Kolb from 1915 until he passed away.

Clarence Kolb Is A Member Of