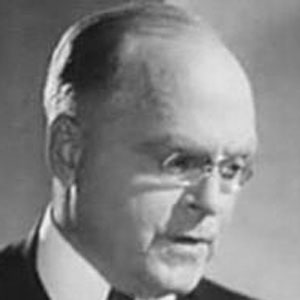 Remembered for his roles in Mr. Smith Goes to Washington, The Man Who Came to Dinner, and over one hundred other films of the 1930s and '40s, this prolific screen actor also had a nearly four-decade career as a Broadway performer.

Before beginning his acting career, he attended Harvard Law School and worked briefly as an attorney. He made his screen debut in the 1931 film The Star Witness.

He played a small role in the John Ford-directed 1940 film adaptation of the novel The Grapes of Wrath.

He was born in Columbus, Ohio, to former Union Army general John G. Mitchell. His great-uncle, Rutherford B. Hayes, was President of the United States during the late 1870s and early 1880s.

He appeared with screen legend Cary Grant in the 1944 film version of Arsenic and Old Lace.

Grant Mitchell Is A Member Of