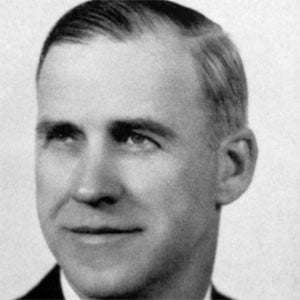 Football coach who revived the T-formation strategy after decades of disuse.

He was head coach of the University of Chicago football program and went to Stanford after UC dropped football altogether.

At Stanford he took over a struggling, but talent-filled team, and brought back a variation of the T-formation that emphasized deception and motion.

He met his wife, L. Mae in New Orleans, while coaching at Tulane Univesity.

Clark Daniel Shaughnessy Is A Member Of