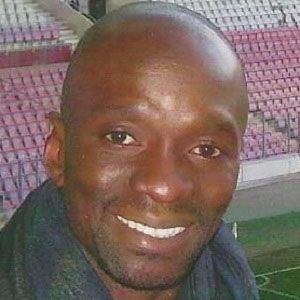 Attacking midfielder who helped Real Madrid win two La Liga titles as well as the UEFA Champions League in 2002. Starred for Chelsea from 2003 to 2008 before finishing his career with Paris Saint-Germain from 2008 to 2011.

He moved with his family to France when he was 4.

He had a son with French model and actress Noemie Lonoir.

He played alongside Zinedine Zidane on the French national team from 1995 to 2006.

Claude Makelele Is A Member Of