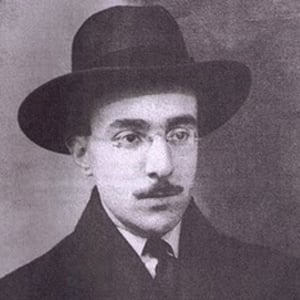 Portuguese modernist poet, author, translator and literary critic who wrote under many pseudonyms. His noteworthy works include Message and The Book of Disquiet.

His father died of tuberculosis when Pessoa was five years old. Pessoa and his mother subsequently relocated to South Africa.

He had a deep interest in the occult, and his studies of astrology, alchemy, and spiritualism greatly influenced his work.

He was introduced to Portuguese poetry by his step-uncle Henrique dos Santos Rosa.

Fernando Pessoa Is A Member Of