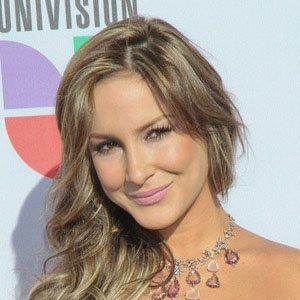 Brazilian vocalist who first rose to fame with the group Babado Novo in 2002. She has also pursued a career as a solo pop axé artist. In 2012 she began serving as a coach on The Voice.

She became a professional singer when she was thirteen years old, performing in bars.

She has released singles like As Máscaras (Se Deixa Levar)."

She married Márcio Pedreira on March 7, 2007. She and Pedreira have two sons, Davi and Rafael.

She was featured on the 2014 Pitbull song "We Are One (Ole Ola)," which was written for the World Cup.

Claudia Leitte Is A Member Of