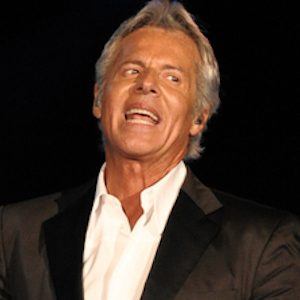 Legendary Italian singer and songwriter known as one of the greatest figures in Italian pop music's history. Though his career has spanned several decades, he became particularly known for his melodic ballads released throughout the 1970s.

His musical career began in 1965 when he began entering a number of competitions for new talents.

Many of his original works were used as the anthem for the 2006 Turin Winter Olympics.

He was married to Italian singer Paola Massari from 1973 to 2008. He began a relationship with Rossella Barattolo in 1994.

In 2015, he began working with Gianni Morandi on his Capitani Coraggiosi Tour.

Claudio Baglioni Is A Member Of