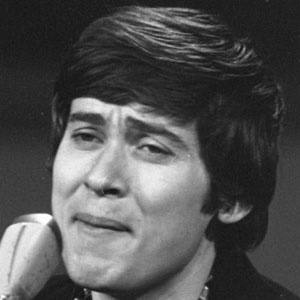 Pop singer who sang "In ginocchio da te" and represented Italy during the 1970 Eurovision Song Contest with "Occhi di ragazza."

He made his musical debut in 1962 performing in local music festivals.

He was a presenter at Sanremo Music Festival 2011.

He has four children and married Anna Dan in 2004.

He presented alongside Elisabetta Canalis at the Sanremo Music Festival.

Gianni Morandi Is A Member Of