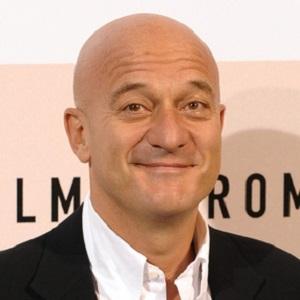 Famous for hosting the sketch comedy program Zelig, this Italian entertainer also acted in such films as Benvenuti al Sud and Femmine contro Maschi. Also a voice actor, he contributed to the Italian versions of Hotel Transylvania and Ice Age.

After training at Milan, Italy's Piccolo Teatro, he began his stage acting career. He first appeared on screen in the 1983 movie Come Dire. . . (English translation: How to Say. . .).

For his supporting role in the 2009 film Ex, he earned a David di Donatello award nomination.

His marriage to Sandra Bonzi resulted in children named Federico and Alice.

He and Luciana Littizzetto both served as judges during the sixth season of Italia's Got Talent.

Claudio Bisio Is A Member Of