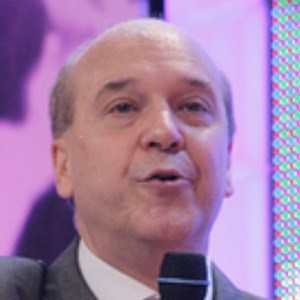 Senior Pastor at King of Kings Church, a Christian congregation in Buenos Aires. He has published several books and he also produces his own television program and runs a radio station, FM Gospel.

He studied theology at Río de la Plata Seminary of the Union of the Assemblies of God in Argentina.

His self-produced and self-hosted television program reaches over 1 billion people weekly, across 190 countries.

He married Betty Freidzon in 1982. She is also a senior pastor at the King of Kings Church. Together, they have three children - Sebastián, Ezequiel and Daniela - and two grandchildren, Mateo and Isabella.

He is a South American religious leader like Sara Castellanos Guerra.

Claudio Freidzon Is A Member Of