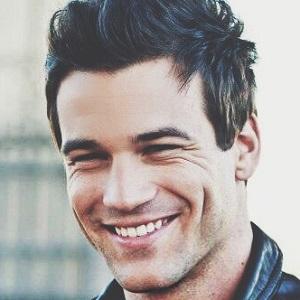 Featured on several TV shows, music videos, and movies, this musician began performing in a band with his two brothers called The Johnsons. He got his start by uploading popular covers to YouTube. His cover of the song Four Five Seconds has earned over 1 million views.

He had a passion for music from the very beginning and began his playing career with several smaller bands across the United States.

He was initially signed with the Columbia records band Stereo Skyline. In 2022, he released a single titled "Everybody Breaks Up."

He is the oldest of four siblings and was born in Modesto, California. He is joined in The Johnsons by his brothers Connor and Chantry. In 2020 he announced his engagement to singer Lana Del Rey.

He has played guitar for MKTO, Rachel Crow, Scotty McCreery, and many more artists.

Clayton Johnson Is A Member Of