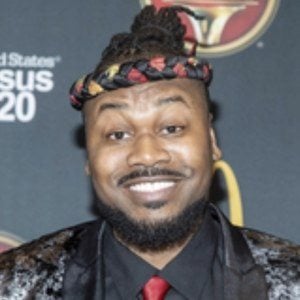 Actor and comedian most well known for creating short humorous sketches for his Instagram account, teamclaytonthomas. He is also recognized for holding recurring roles in shows like Family Time, Clunkers, and Played by Fame.

After graduating from Oak Park High School, he would go on to study at Wayne State University.

A writer as well as an actor, he wrote several episodes of Clunkers and created the web series The Misadventures of Clayton Thomas.

Originally from Detroit, he would later settle in Los Angeles, California.

He joined Omar Gooding and Angell Conwell in the cast of Family Time.

Clayton Thomas Is A Member Of