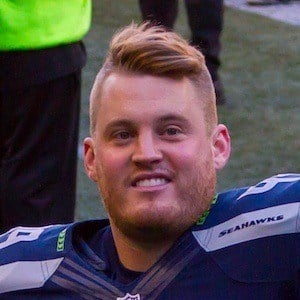 Long snapper who played with the Seattle Seahawks from 2010 to 2015. He was a champion in Super Bowl XLVIII. He has more than 40,000 followers on his gresh49 Instagram account.

He was a walk on at the University of Oklahoma before transferring to Texas Christian University.

He was the only long snapper at the 2010 NFL Draft where he was drafted by the New Orleans Saints.

He married Matti Gresham in 2015. His parents are Jim Gresham and Martha Booe.

He was on the Seattle Seahawks with Nick Sorensen when they won the Super Bowl.

Clint Gresham Is A Member Of