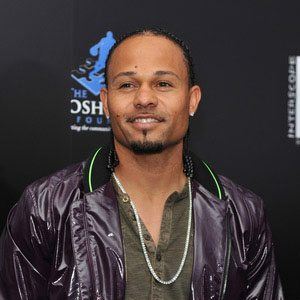 MLB center fielder who began his career with the Cleveland Indians in 2002. He helped the Boston Red Sox win a World Series title in 2007 and he led the American League in steals in 2011 as a member of the Oakland Athletics.

He was drafted by the St. Louis Cardinals at the age of twenty.

He was born with the first name Covelli, but given the nickname Coco by his brother and sister who believed he looked like a character on the Cocoa Krispies cereal box.

He married Maria Crisp and he has three sons and a daughter.

Coco Crisp Is A Member Of