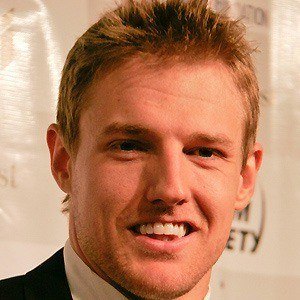 American actor who played the role of Thor in the 2011 SyFy original film Almighty Thor. He gained additional fame for his roles in The Hangover and Hallow Pointe.

He worked as a model in Las Vegas before he started acting.

He also played the role of Craps Player in Spike TV VGA Video Game Awards in 2008.

He grew up with his twin brother Kyle and older brother Lucas.

He appeared as a Roman soldier in the 2009 film The Hangover, which starred Bradley Cooper.

Cody Deal Is A Member Of