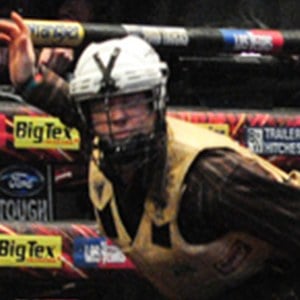 Professional bull rider from Texas ranked fifth in the world in 2018. He's been competitive since 2007 and has maintained steady success despite suffering several major injuries.

He started riding at age 14 despite his mother's protests.

He hails from Paris, Texas and his father helped build the Eiffel Tower replica that stands in the center of town.

He's friends with fellow bull fighter Jesse Byrne and the two are pictured on stage together on his Instagram.

Cody Nance Is A Member Of