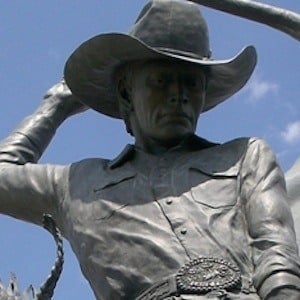 Professional rodeo rider who was killed by a bull in 1989. He won his first Professional Rodeo Cowboys Association World Championship at the age of 24.

He began riding bulls at age 15.

He died at a rodeo in Cheyenne, Wyoming, killed by a bull known by the name of "Taking Care of Business."

He married fellow rodeo rider Kellie Kyle on January 5, 1985. They had two children together, one of whom is a son named Aaron who participated in a team roping competition at the Texas High School Rodeo Association Finals in Abilene in 2011.

He was a rodeo champion, which was also true for C. Thomas Howell.

Lane Frost Is A Member Of