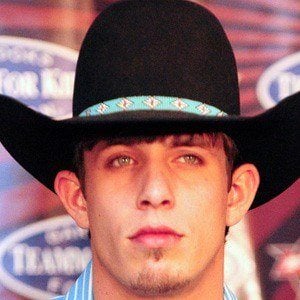 Bull rider who became known for competing with the professional bull riders on the Built Ford Tough Series.

He began riding when he was only three years old and purchased his first bucking bull when he was 15.

He has a wife named Samantha, with whom he shares a daughter and son.

He and Lane Frost were both world-famous bull riders.

JB Mauney Is A Member Of