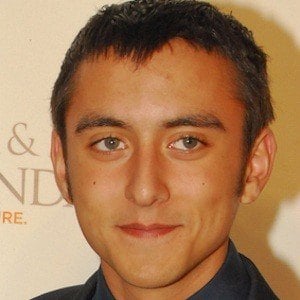 Son of the late comedian Robin Williams. He is the youngest of Williams and his former wife Marsha Garces' three children. He has also worked in the film industry as an assistant director.

His father gained prominence prior to his birth through stand-up comedy, his TV sitcom Mork & Mindy, and various starring film roles. Prior to his birth in 1991, his father had been twice nominated for the Academy Award for Best Actor in a Leading Role.

He has served as an assistant director on the films Trouble With the Curve, Lawless, and American Reunion. In 2005, his father received the Cecille B. Demille Lifetime Achievement Award at that year's Golden Globes.

His older sister, Zelda, is an actress. He was born in New York City, and raised both there and in California.

His sister, Zelda Williams, has appeared in various film and TV roles, such as on the MTV series Teen Wolf.

Cody Williams Is A Member Of