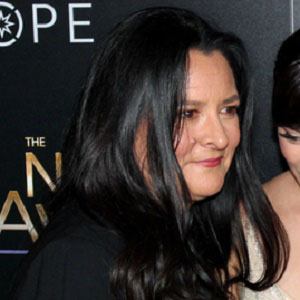 Former wife of Robin Williams who produced her husband's films Mrs. Doubtfire from 1993 and Patch Adams from 1998.

She met Williams while working as an assistant on the film Good Morning, Vietnam from 1987.

She earned a Primetime Emmy Award nomination for producing Robin Williams: Live on Broadway in 2003.

She had a 21-year marriage to Williams that ended in 2010. The couple had two children, Zelda and Cody. They divorced over irreconcilable differences.

She and Williams were friends with Richard Belzer who assured the media that the couple's split was amicable.

Marsha Garces Is A Member Of