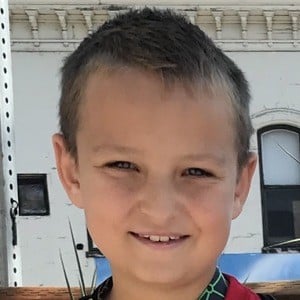 Oldest son of the YouTube family Anderson Party Of 5. Their vlogs, challenges, and family friendly fun has brought them 260,000 subscribers and 152 million overall views.

Their first YouTube video was posted on March 25, 2016, and was titled "Wrestling 3 year old!" It consisted of Cohen play-wrestling with his little brother.

On April 18, 2016, he uploaded his first solo video. It showed him playing guitar and singing an original song he had written himself.

He has a younger sister, Bria, and a younger brother, Cody.

Leonidas So Cool is also a YouTube family member born in 2009.

Cohen Anderson Is A Member Of