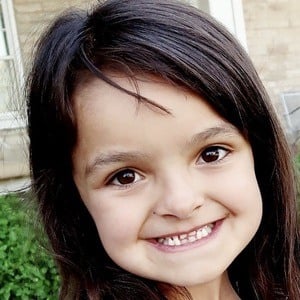 Became known as the only daughter of the Anderson Party Of 5 family. They post fun vlogs and family oriented videos on their YouTube channel, which has 260,000 subscribers and 159 million overall views.

Her first solo YouTube video was posted on May 10, 2016, and was titled "Glorious by Bria". It featured her singing the song Glorious by David Archuleta.

Her starring video "If Bria Was The Mom For The Day" is their most popular video. Uploaded on June 20, 2018, it has over 3.5 million views.

She has an older brother named Cohen and a younger one named Cody. Her parents feature frequently on their channel.

Sienna Fizz is also a YouTube star born in 2011.

Bria Anderson Is A Member Of