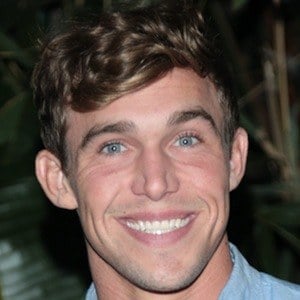 Outdoor sports enthusiast who gained fame competing on the thirty-fifth season of Survivor: Heroes vs. Healers vs. Hustlers.

He was working as a wilderness therapy guide when he joined the cast of Survivor.

A passionate traveler and outdoorsman, he enjoys everything from rock climbing to backpacking and mountaineering.

He was raised in Little Rock, Arkansas.

He competed on the thirty-fifth season of Survivor, a show hosted by Jeff Probst.

Cole Medders Is A Member Of