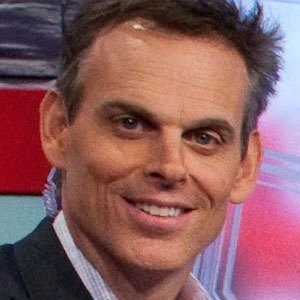 TV and radio personality and sports anchor who hosts the Fox Sports Radio show The Herd with Colin Cowherd.

He started out as a commentator for Middlesex County College's baseball team before becoming the sports director of a local Las Vegas TV station, and later moving to ESPN.

He published his first book, titled You Herd Me! I'll Say It If Nobody Else Will, in 2013.

He grew up in Bay Center, Washington.

Colin Cowherd Is A Member Of