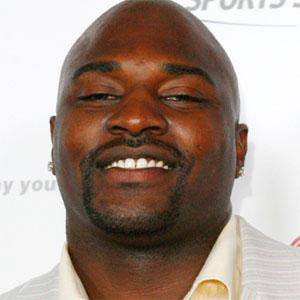 Former NFL defensive end who became the co-host of ESPN's SportsNation in 2013.

He played for the Bills, Chargers, Cowboys and Jaguars during his 9-year NFL career.

He started his sportscasting career as a guest host on Mike and Mike in the Morning.

He began a relationship with musician Miss Evelyn in 2011.

He started co-hosting SportsNation alongside Charissa Thompson in 2013.

Marcellus Wiley Is A Member Of