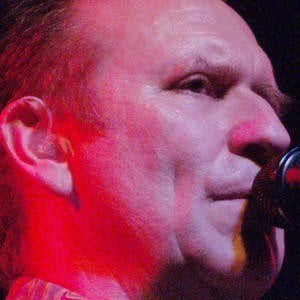 Lead vocalist of the band Men at Work who also pursued a solo career, releasing songs like "There's Water Over You."

He played acoustic music with Ron Strykert before forming Men at Work with him.

He started his own solo career after the breakup of Men at Work, releasing his first album in 1987, Looking for Jack.

He married singer Cecilia Noel who sang in some of Hay's performances.

Hay's music is used by Zach Braff in his cinematic work, like the song "I Just Don't Think I'll Ever Get Over You" in the film Garden State.

Colin Hay Is A Member Of