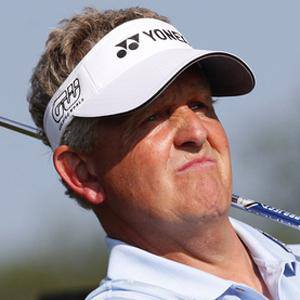 Scottish golfer who won a record number of European Tour Order of Merit titles, including a streak of 7 straight titles from 1993-99.

He was one of the first British golfers to go to a U.S. college, attending Houston Baptist University.

He became the first man to win 20 million Euros on the European Tour in 2005.

He and Spanish golfer Sergio Garcia were both named as the Sir Henry Cotton Rookie of the Year.

Colin Montgomerie Is A Member Of